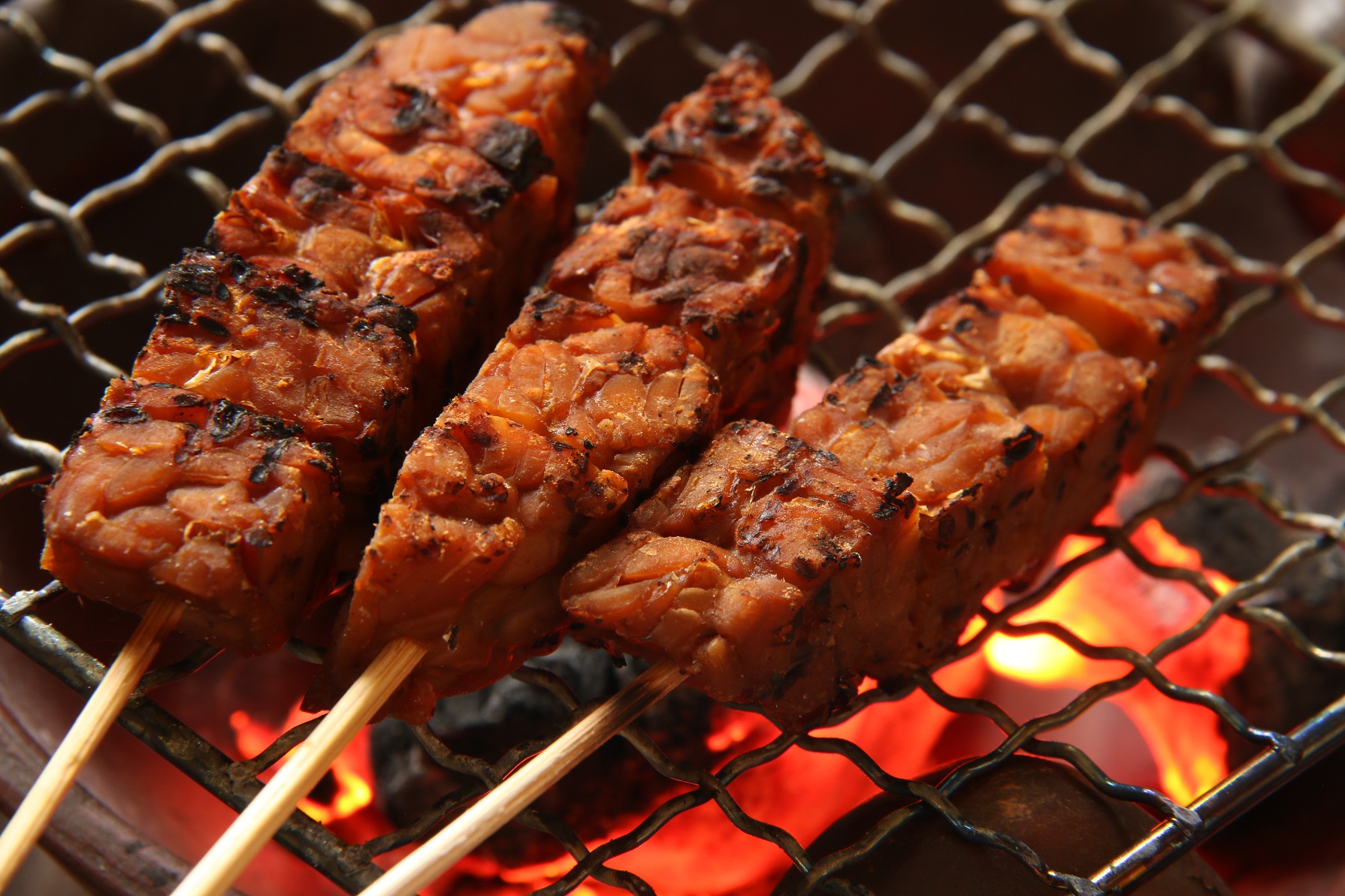 If you’re vegan or just trying to incorporate more plant-based foods into your diet, you’re probably used to having Impossible Burgers while your friends munch on burgers and hot dogs at cookouts. But before those meat substitutes existed there was tempeh. The fermented soy product shouldn’t be overlooked this spring and summer when it comes time for barbecues. This recipe for barbecue tempeh ribs is proof that eating plant-based can still pack a punch of smoky flavor.

If you’re not familiar with tempeh, it’s a plant-based protein that’s commonly made from boiled, fermented soybeans. Unlike tofu, which is made from soy milk, tempeh is made by boiling soaked and dehulled soybeans, then mixing them with a starter culture and leaving it to ferment for 24 hours. The result is a firm and nutty cake-like structure that can be transformed into burgers, sausage patties, bacon bits and more.

Despite its distinct earthy flavor, tempeh should be treated like a blank canvas when cooking. Blanching the tempeh before cooking it (placing it in boiling water for 3 minutes) allows the fermented product to easily take on the flavor of any dressing, sauce and marinade. That’s why it’s the perfect meat substitute when you’re craving barbecue — it retains the smoky, sweet and spicy elements that all good cookout food has. In this recipe, it’s sliced long ways and dredged in BBQ sauce, red wine vinegar and fennel seeds for that classic cookout vibe.

Of course, if you’re going to have a successful barbecue you need good sides. This recipe comes equipped with instructions for how to prepare two plant-based side dishes: creamed corn and cabbage slaw. In just 40 minutes you’ll have a complete and satisfying plate of vegan barbecue. Serve it as a platter or put your tempeh into a roll and top with the coleslaw and extra marinade. This dish is just one of many vegan recipes that will make you want to go plant-based.

Recipe courtesy of Ian Theasby and Henry David Firth of BOSH.tv, from their cookbook, Speedy BOSH! Quick. Easy. All Plants.

For the creamed corn:

Step 1: Tip the tempeh into the boiling water and blanch for 3 minutes.

Step 3: Remove the tempeh from the pan and cut it into finger-sized strips.

Step 4: Add them to the sauce and toss to coat.

Step 5: Arrange the tempeh on the lined baking sheet, leaving some of the marinade behind in the bowl for later.

Step 6: Put under the broiler for 5 minutes (if they start to bubble and brown, baste with some of the reserved marinade and give them a turn).

For the creamed corn

Step 3: Place the kernels in a large ramekin along with the soy cream and sprinkle with the smoked paprika and salt. Slide under the broiler next to the tempeh ribs.

Step 1: Set the skillet over medium heat. Add the pecans, maple syrup, and salt and toss to coat the pecans in the syrup.

Step 2: Jiggle the pan a few times to stop the pecans burning.

Step 3: Fry until caramelized and sticky.

Step 4: Thinly slice the cabbages and put them into a salad bowl.

Step 5: Squeeze in the juice of the lime and top with the caramelized pecans.

Step 1: Once the ribs are nicely browned and the corn is bubbling and browned on top, carefully remove from the broiler.

Step 2: Brush the ribs with the remaining marinade.

Step 3: Slice the scallions and scatter them over the ribs.

Step 4: Take everything to the table with the slaw and plenty of napkins!