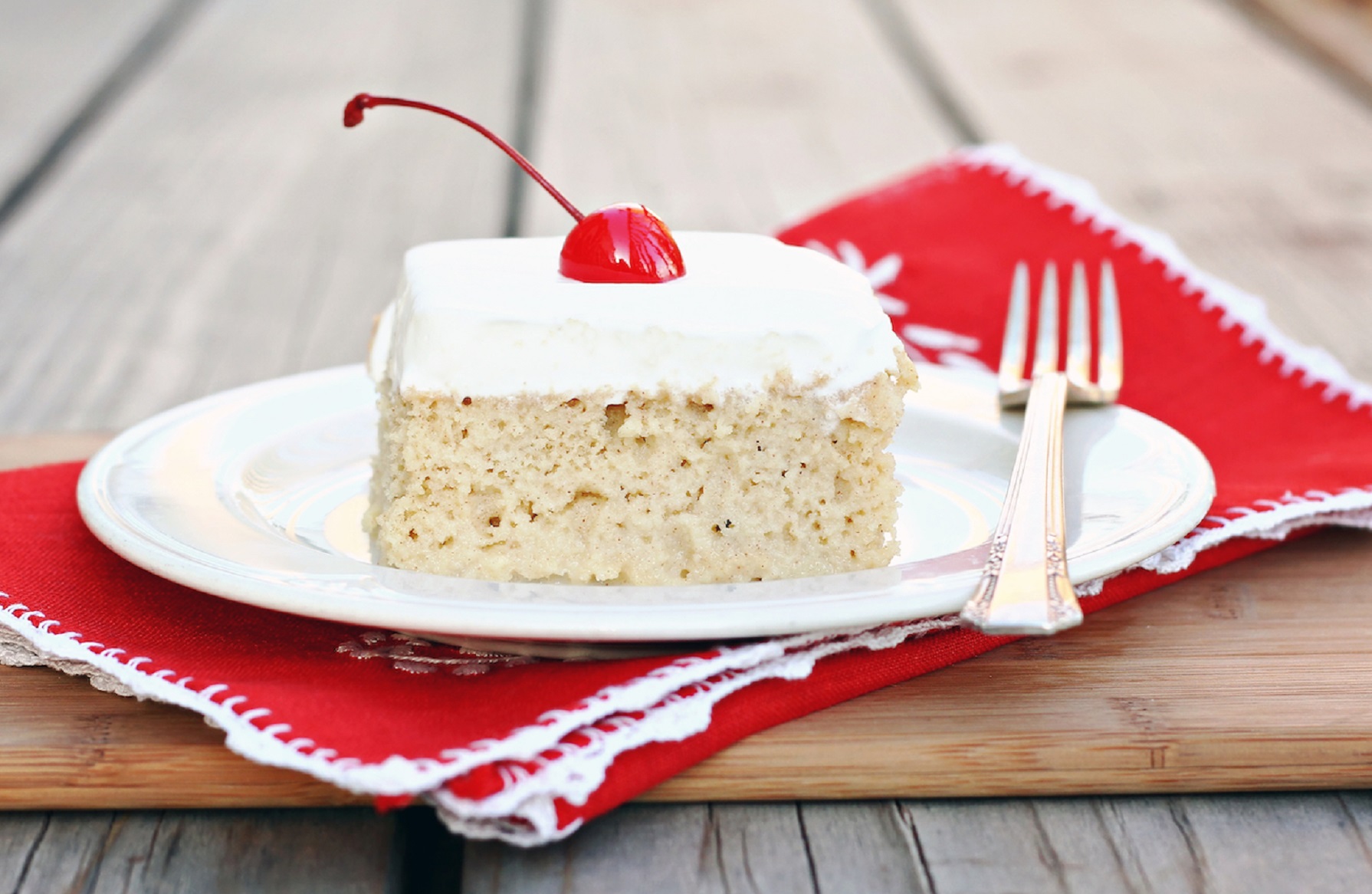 Although Cinco de Mayo isn’t considered a major holiday in Mexico, in the United States it’s a day when many take time to celebrate Mexican culture (especially in areas with a large Mexican-American population). If you’re looking for a way to spend the holiday – beyond the simple margarita and tacos combo, as delicious as it is – tres leches, a traditional Mexcian cake, will add a bit of sweetness to the event.

If you have an aversion to dairy, tres leches is not the dessert for you. The treat uses up a lot of milk, three different types to be exact. It’s a trifecta that consists of condensed milk, evaporated milk and whipping cream. Instead of using the milks during the baking process, tres leches require you to soak the already prepared cake in the milk mixture for about 30 minutes. But don’t think that this leads to a soggy dessert. When the milks are blended together they create a mixture that’s the perfect level of sweetness and thickness, giving the cake a richness that should be sought after in any dessert.

The history of tres leches is a little murky but most historians believe the cake’s recipe actually came from Nicaragua – perhaps on the back of an evaporated or condensed milk can. The dessert is still popular in parts of Latin America today, in countries like Nicaragua, Mexico, Cuba, Puerto Rico and Guatemala. But no matter where or how the dessert came to be, you’ll likely be able to find it at some of the best Mexican restaurants in America. Or you can go really pro and try making it from scratch along with more of our best Mexican recipes, from appetizers to dessert.

For the milk mixture:

Step 4: One at a time add the milk, vanilla and egg yolks.

Step 5: Slowly add the baking powder and flour to the mixture.

For the milk mixture

Step 1: Blend half of the evaporated milk (one can), the condensed milk and whipping cream in a blender.

Step 2: Once thoroughly mixed transfer the milk mixture to a separate bowl.

Step 3: Add the final half of the evaporated milk and mix using a hand mixer.

Step 4: Pull the finished cake from the oven.

Step 5: While still hot, use a chopstick, skewer or the round end of your hand mixer attachment to poke holes over the entire top of the cake.

Step 6: The more holes the milkier the cake.

Step 7: Pour the milk mixture over the top of the cake.

Step 8: Refrigerate for at least 30 minutes.

Step 9: Cover the chilled cake in Cool Whip and serve.