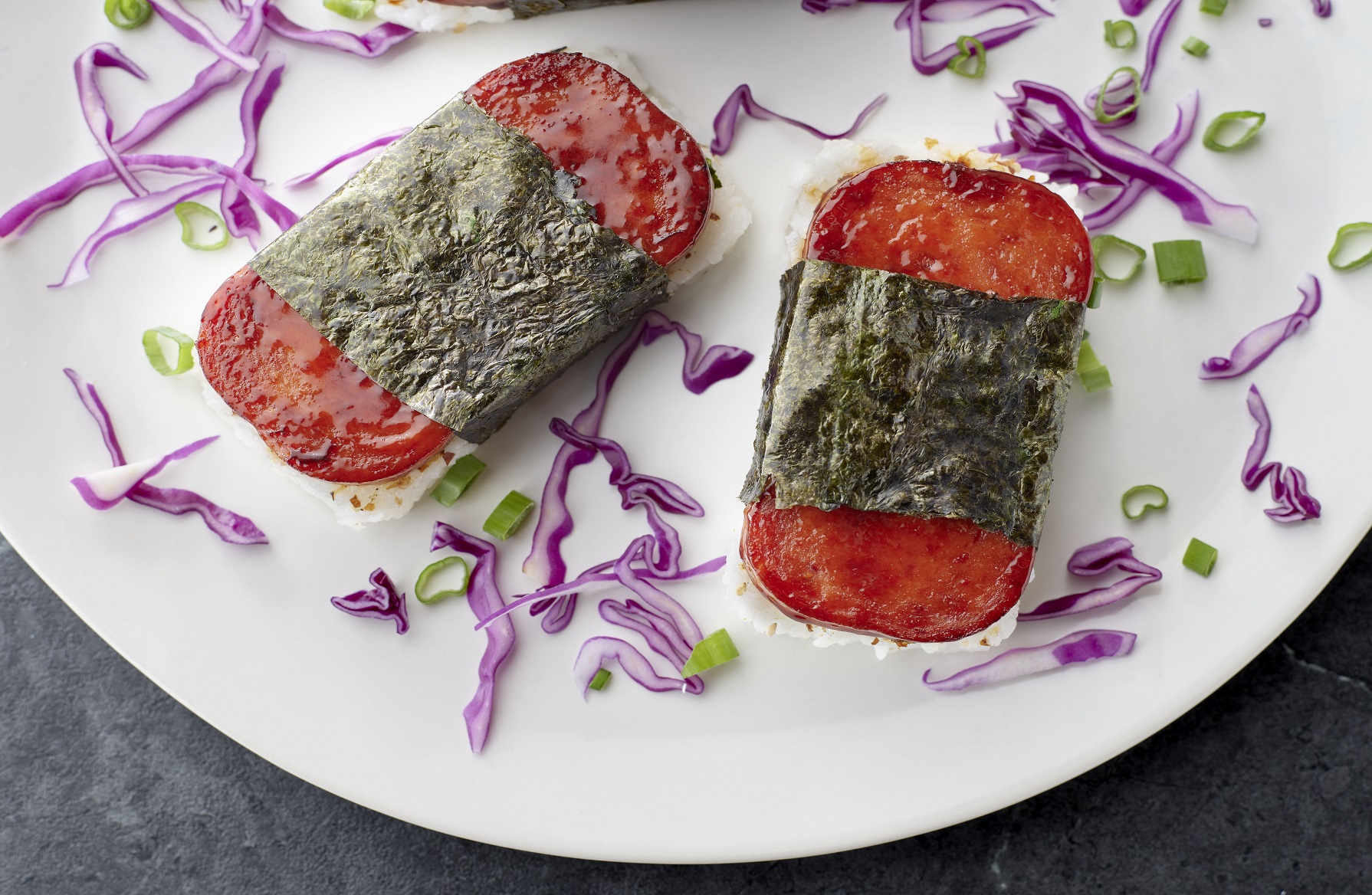 Whether you love it, hate it or are totally baffled by it, there’s no denying the enduring presence of SPAM. In essence, SPAM is an affordable, pre-cooked, shelf-stable protein. If you haven’t heard of it or don’t cook with it, keeping a can or two in your pantry could transform your life.

You know those moments when you forget to defrost meat before preparing dinner and now you’re stuck with a meat popsicle? SPAM can solve that. It’s a flexible option that you can add to a number of your favorite dishes, including weeknight dinner staples like grilled cheese and pizza. But first, it helps to know what it is and how to use it.

What is SPAM made of?

Despite its success, SPAM has a bit of a reputation as mystery meat. So what is SPAM exactly? It consists of six ingredients — pork, salt, water, potato starch, sugar and sodium nitrite (a kind of salt that helps preserve the food) — blended together into a mixture that is then vacuum sealed into a can. The mixture is pressure-cooked inside the can for a few hours before being cooled, labeled and shipped off for distribution. Mystery, solved!

What is the shelf life of SPAM?

According to Brian Lillis — the Group Brand Manager at Hormel Foods, which produces SPAM — the shelf life of SPAM is about three years. That makes it good to always have on hand, especially on those nights when you’re struggling with what to make for dinner or need something extra to add to your mac and cheese.

How SPAM conquered the world

SPAM has been around for some 80 years, getting its start as an inexpensive Depression-era food staple. Lillis explains that SPAM really took off during World War II when it was sent with American troops as a fully cooked protein that wouldn’t easily spoil. Thus, it became a part of the soldiers’ daily diet during the war.

Frequently, the soldiers would also give out SPAM to hungry locals and the product made its way into dishes in the countries where they were stationed, even after the war. Following the Korean War, Koreans would combine local ingredients such as kimchi and rice cakes with American ingredients like SPAM and American cheese. Budae jjigae, also known as army stew, was created using surplus food found on abandoned American military bases.

Where is SPAM popular today?

If you take a trip to Hawaii, SPAM is likely to appear in at least one of your meals. “A number of troops [from World War II] would come back through Hawaii from Asia-Pacific regions,” says Lillis. “The Hawaiians really took to the product and started incorporating it into many of their meals and still do that today.” According to Lillis, Hawaii is one of the largest consumers of SPAM in the United States, which is why it’s not odd to find SPAM in popular Hawaiian dishes. SPAM musubi, for example, is a slice of grilled SPAM on top of a block of rice and wrapped with nori or seaweed.

And SPAM doesn’t only appear in Hawaiian dishes. In Britain, it can be found in SPAM fritters or a Yorkshire breakfast. In the Philippines, the popular dish of Spamsilong was developed by pairing slices of SPAM with garlic fried rice and eggs.

SPAM’s popularity also continues to grow in different parts of the U.S. In recent years, Lillis notes an increase in SPAM consumption on the West Coast — specifically in California — due to large populations of immigrants from across Asia.

Meanwhile, “in the mid-South [United States], we can see growth in Hispanic consumers as well,” explains Lillis. “A great example is making a burrito but using SPAM as one of the ingredients.”

What are some ways you can use SPAM?

If you’re a SPAM skeptic, you may be surprised by how easy it is to use SPAM in both common and unconventional ways. Some people enjoy it cold between slices of bread with cheese to make an easy sandwich while others like heating it in a pan, which invokes the same satisfying smell and sizzling sound from cooking bacon. If you believe everything tastes better with bacon, you can think similarly about SPAM.

The versatility of the product doesn’t stop there. You can use SPAM anywhere where bacon, ham or another cured meat would make logical sense. The next time you make homemade pizza, think about adding diced SPAM as a topping. Or take your ramen to the next level by dropping in slices of fried SPAM.

But it can also be incorporated in unexpected ways. “Putting SPAM in ice cream is one I reference the most,” chuckles Lillis. “Frying up small pieces of SPAM to get that sizzled outside and tender, juicy inside and then mixing it with some ice cream to get that unique concoction.” He says that between the contrasting textures and sweet and savory flavors, it’s a surprising and winning combination.

Whether you’re already a SPAM lover or have no clue what to do with it, here are some great recipes that might convince you to cook it for breakfast, lunch and dinner.

Bacon, egg and cheese got nothing on this breakfast sandwich. Taste the delicious saltiness of SPAM paired with fluffy eggs and a spicy mayo made from roasted kimchi.

Enjoy an easy yet filling breakfast with this hash recipe. Simply toss in some diced SPAM with potatoes and bell peppers into a cast iron skillet and you’ve got yourself the perfect start to your day.

You don’t have to be a sushi chef to make this yummy appetizer. You can either buy a musubi press or use the SPAM can to form the shape for this Japanese-inspired Hawaiian favorite.

What’s a great way to make use of leftover rice and vegetables? Fried rice. And if you don’t know where to start, this recipe will show you the way to make a delicious and hearty rice dish mixed with slices of SPAM.

You’ll get to experience the best of both worlds in this dish. Savory, salty diced SPAM meets the sweetness of mango and pineapple on top of a bed of rice. If this recipe is making you hungry, then you have to try these cast-iron skillet recipes you didn’t know you could make.