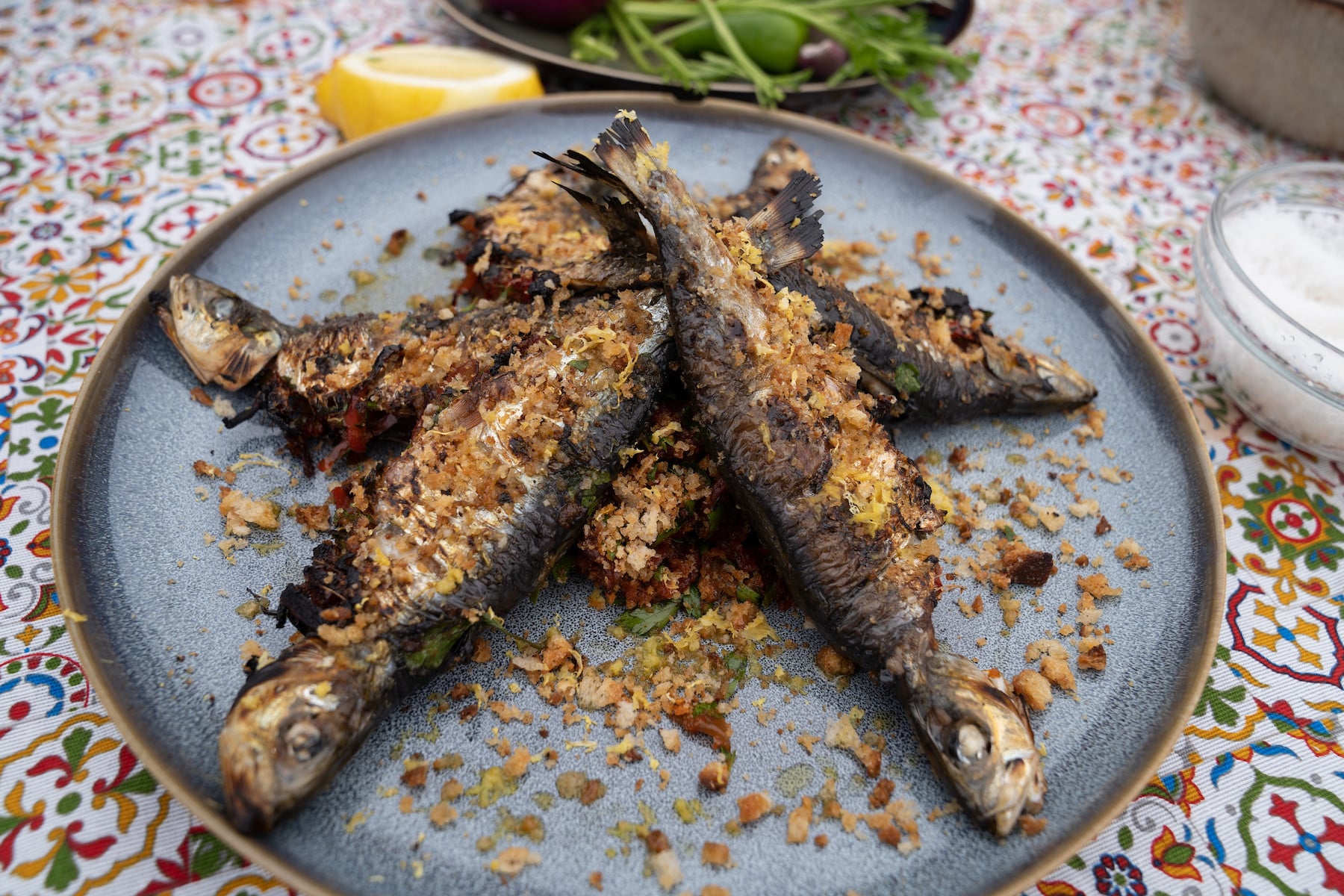 Just as we’re beginning to traverse the globe again, Gordon Ramsay is guiding armchair travelers through culinary landscapes from Michigan to Croatia in the third season of “Gordon Ramsay: Uncharted.” In episode two, which airs on National Geographic on Sunday, June 9, the celebrity chef travels to Portugal to harvest barnacles, chase pigs and fish for sardines — which Ramsay calls “the most beloved and iconic fish in Portugal.”

While sardines are a staple fish worldwide, they aren’t ubiquitously popular in the United States despite their nutritional benefits and sustainable nature. Indeed, the last American sardine cannery shuttered in 2010, a sign of its declining demand.

Sardines are frequently spotted on grocery store shelves preserved in olive oil and packed in tin cans. If you’ve been put off by canned sardines, fresh sardines may just be the game-changer you need. Yes, canned sardines make up the majority of sardine sales worldwide and are a delicacy all their own, but fresh sardines embody the flavor of the ocean.

“I think the main reason for sardines to be successful in Portugal and in Europe, and not in the United States, is related to the temperature of our ocean and also the saltiness of the water in Portugal. A colder and saltier ocean gives the fish a more intense sea flavor and makes it produce more fatness,” chef Kiko Martins, the Portuguese food legend who teams up with Ramsay on “Uncharted” tells us via email.

Martins also notes that in Portugal, there has always been great culinary appreciation for small fish. “Gastronomically, in Portugal, sardines have always been prepared in various ways,” he explains, adding that some of the most popular preparations include escabeche, breaded and simply grilled.

In the episode, Ramsay heads out on a fishing boat to try catching sardines with a large net, which turns out to be a much bigger challenge than he predicted. After lots of bleeped-out language — and laughs — Ramsay assesses his haul. While a typical catch can contain up to 160,000 sardines, they only ended up with 12. But it was enough to cook for the final meal.

Along with dishes of chorizo, pork and cooked barnacles, Ramsay served his sardines grilled and stuffed with a mixture of sauteed spicy peppers and lemon-herb breadcrumbs. One of the tasters was the mayor of Nazaré, a Portuguese seaside resort town, who proclaimed the dish untraditional but very enjoyable.

So next time you’re setting up the grill, consider cooking up some fresh sardines. As Martins says, “I really like sardines because it’s a fish with a lot of personality and a very characteristic flavor. Because it’s small you can play with it in many different ways.”

If you want to feel like you’re there on the other side of the Atlantic alongside Ramsay and Martins, here is an exclusive sardine recipe from “Gordon Ramsay: Uncharted.”

Step 2: In a large skillet over medium-high heat, drizzle 2 tablespoons of olive oil and add 1 diced onion along with 2 cups diced bell pepper to pan. Season with a big pinch of salt and sauté until tender, about 2 minutes.

Step 3: Add 2 minced Fresno chiles and 1 finely minced clove garlic, continuing to cook for another 2 minutes until fragrant and tender.

Step 4: Sprinkle in 4 cups breadcrumbs, tossing to coat and stirring frequently with a wooden spoon until breadcrumbs are toasted and crispy.

Step 6: Stuff a few spoonfuls of breadcrumbs into each sardine. Drizzle sardines with olive oil and season with salt and pepper. Carefully place stuffed sardines into a grill basket and grill over medium-high heat until skin starts to crisp and sardines are cooked through, about 2-3 minutes on each side.