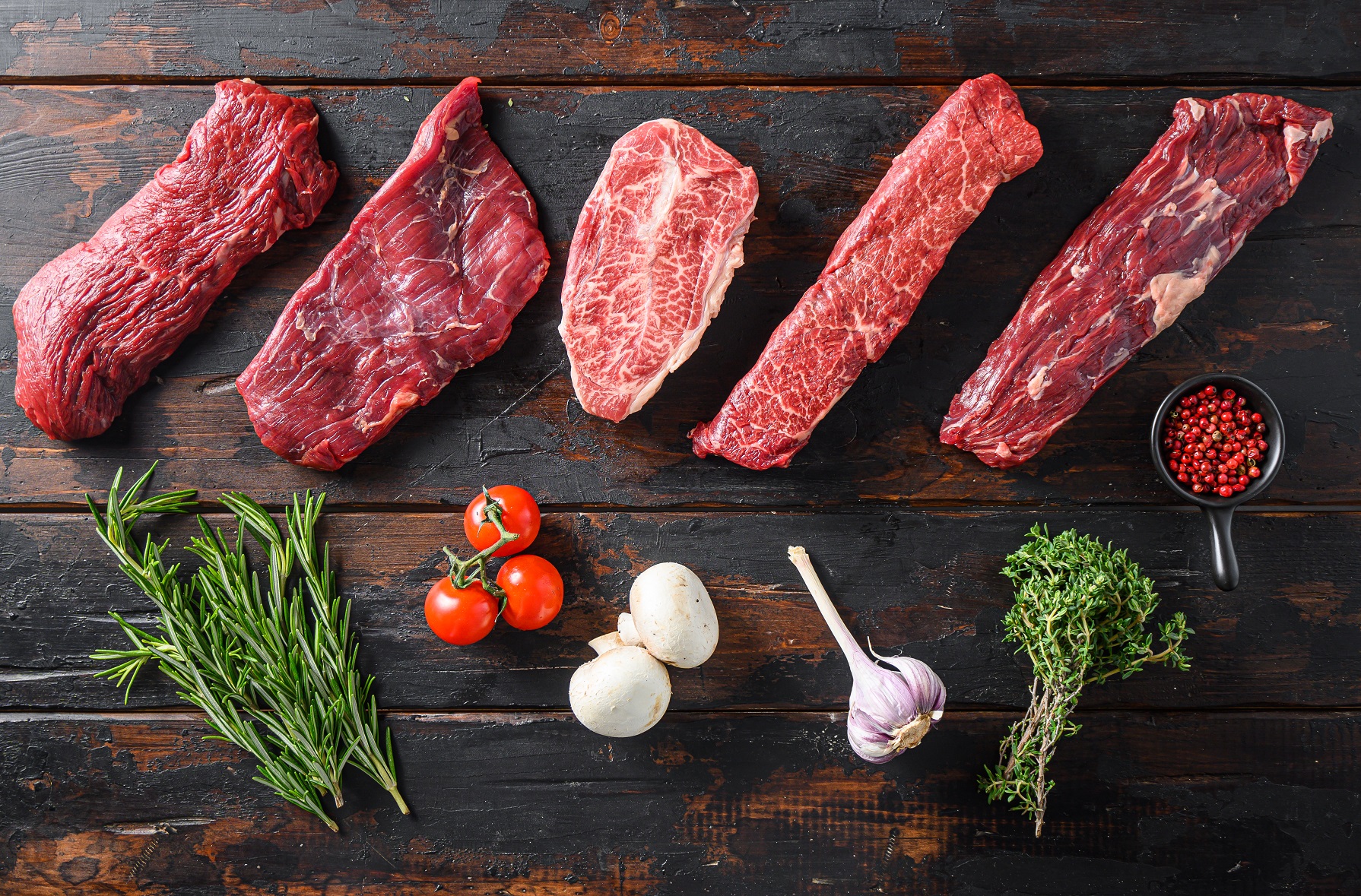 Beef is a staple on dinner tables across the country. Whether it’s served in a stroganoff or between two buns topped with cheese, lettuce and tomato, beef is an easy go-to that is usually offered at a low price point. Unless, of course, you’re dealing with every beef lover’s favorite: steak.

The Best Grilled Side Dishes to Pair With Steak

Some of the most sought-after — and expensive — cuts of steak are filet mignon, porterhouse, ribeye and strip. But is that because they’re the best? Or because they’re what you’ll find on the menu at America’s most revered steakhouses?

After speaking with Chef Myles Moody, we’re inclined to say it’s the latter.

Moody is the chef and co-founder of Kinship, a family-owned butcher shop opening in Atlanta this summer. He was mentored under James Beard Award-winning chef Linton Hopkins and has worked in four Michelin Star restaurants.

But even chefs with a Michelin Star under their aprons don’t depend only on expensive cuts of meat or other pricey ingredients to make great meals. Instead, they also know how to take something seemingly ordinary and make it extraordinary.

Now you can, too, with Moody’s guide to the most underrated cuts of steak. All three cuts can be found at your local butcher shop and placed directly on the grill just as you’d cook a ribeye, porterhouse, or strip steak.

“They only are about one inch in thickness, so a fast grill on each side would bring you to a medium-rare quickly,” advises Moody. “And don’t forget to slice against the grain to cut across the muscle fibers so ensure the steak will be as tender as possible.”

Another steak you might not be familiar with but should cook before summer is over is the tri-tip steak. The triangular-shaped cut of beef is connected to the sirloin and when cooked, has a meat grain comparable to brisket, Moody explains. In fact, it’s sometimes called “poor man’s brisket.”

“It is a thicker cut with a tapered end that cooks more quickly than the rest of the cut,” explains Moody.

Tri-tip steak is naturally lean and rich in flavor. The protein’s concentrated marbling melts into the steak while it grills, giving it a bold, beefy flavor that steak fanatics can appreciate. These cuts of steak come from the sirloin subprimal. You can grill tri-tip steaks just as you would other sirloin steaks.

A specialty at Brazilian steakhouses, the Picanha steak comes from the top of the cow’s rump and is also known as the sirloin cap or the coulotte steak.

“It is a large, thick cut covered in a beautiful cap of fat. It is tender and juicy and can feed a crowd of people at a BBQ,” says Moody. “You can cook it as a whole roast, but cut in steaks you can cook it directly on your grill as you would any other steak.”

But if you can’t find Picanha at the grocery store or your local butcher shop, opt for one of these cuts of steak every grill master should know about.

More from The Daily Meal:

How to Buy, Cook and Serve the Best Ribs Ever

How to Grill Burgers: Tips and Tricks for the Best Patties Ever

Disclosure: Kinship co-owner Rachael Pack is a former editor at The Daily Meal.